There's a wealth of accessible queer media available online through various streaming platforms. With our campus credentials, all CPP students, staff, and faculty are able to use Kanopy free of charge! You may also have access to it through your local public library.

We've selected a handful of excellent films and documentaries created both by LGBTQ+ filmmakers and about LGBTQ+ subjects. If you're interested in further LGBTQ+ resources streaming on Kanopy, check out what's available through the following distribution companies: Outcast Films, Women Make Movies, Frameline, and Wolfe Video. 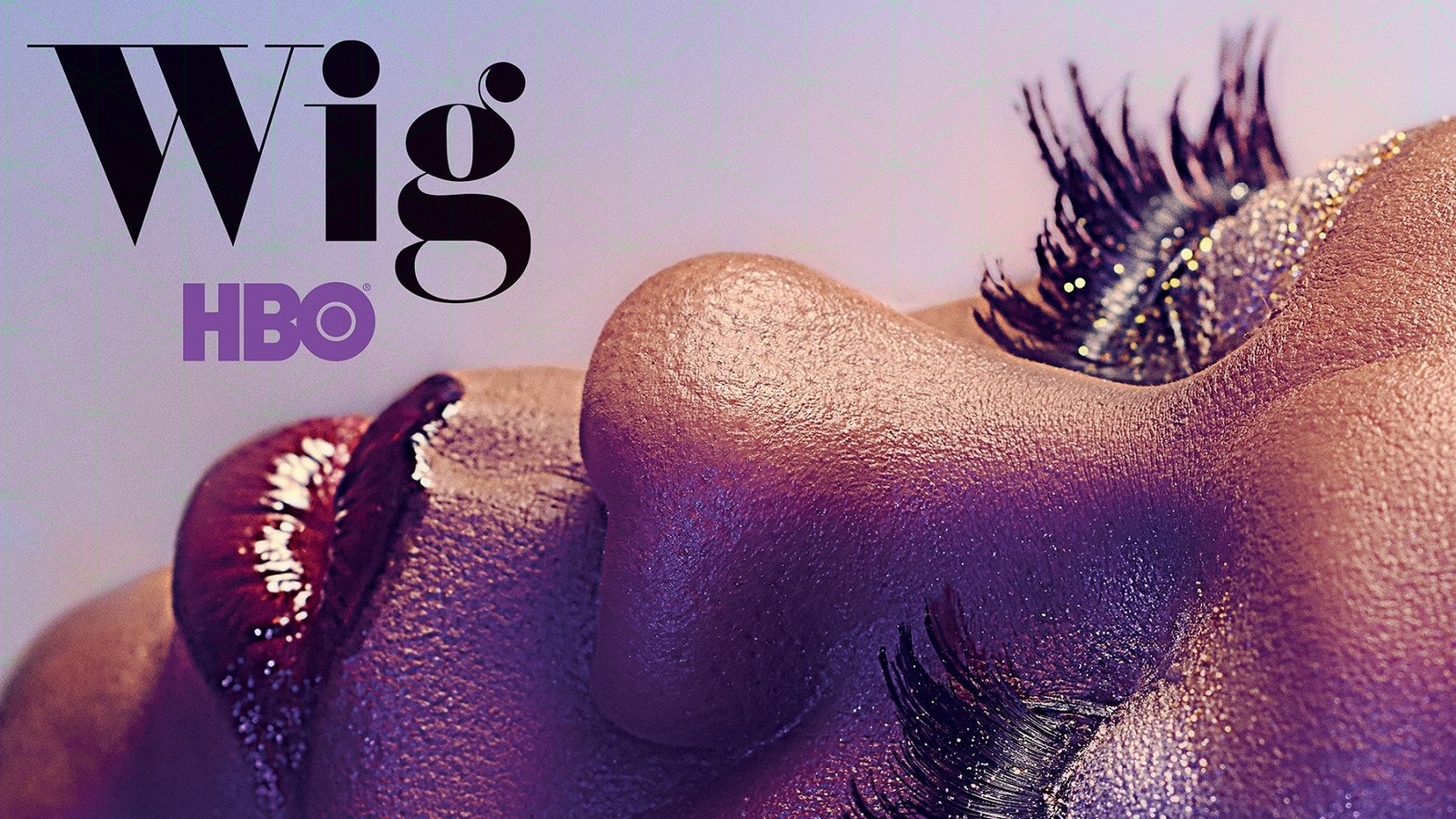 This feature documentary offers a vibrant cultural history of drag and the annual outdoor festival that came to epitomize it: Wigstock. Drawing on unfiltered access to some of New York's most famed drag artists - tenured veterans and talented newcomers alike - WIG follows legendary drag queen Lady Bunny as she aims to resurrect Wigstock for a new generation.

The film also features appearances by its co-producers, actor Neil Patrick Harris and his husband David Burtka, who, as longtime fans Wigstock, try to help Lady Bunny with its revival. Showcasing footage of vintage drag performances from the '80s and '90s, the film takes a close-up look at the underground counterculture that gave birth to Wigstock and set the stage for the modern drag of today. (Image and description from Kanopy)

The Miseducation of Cameron Post (2018) – Directed by Desiree Akhavan 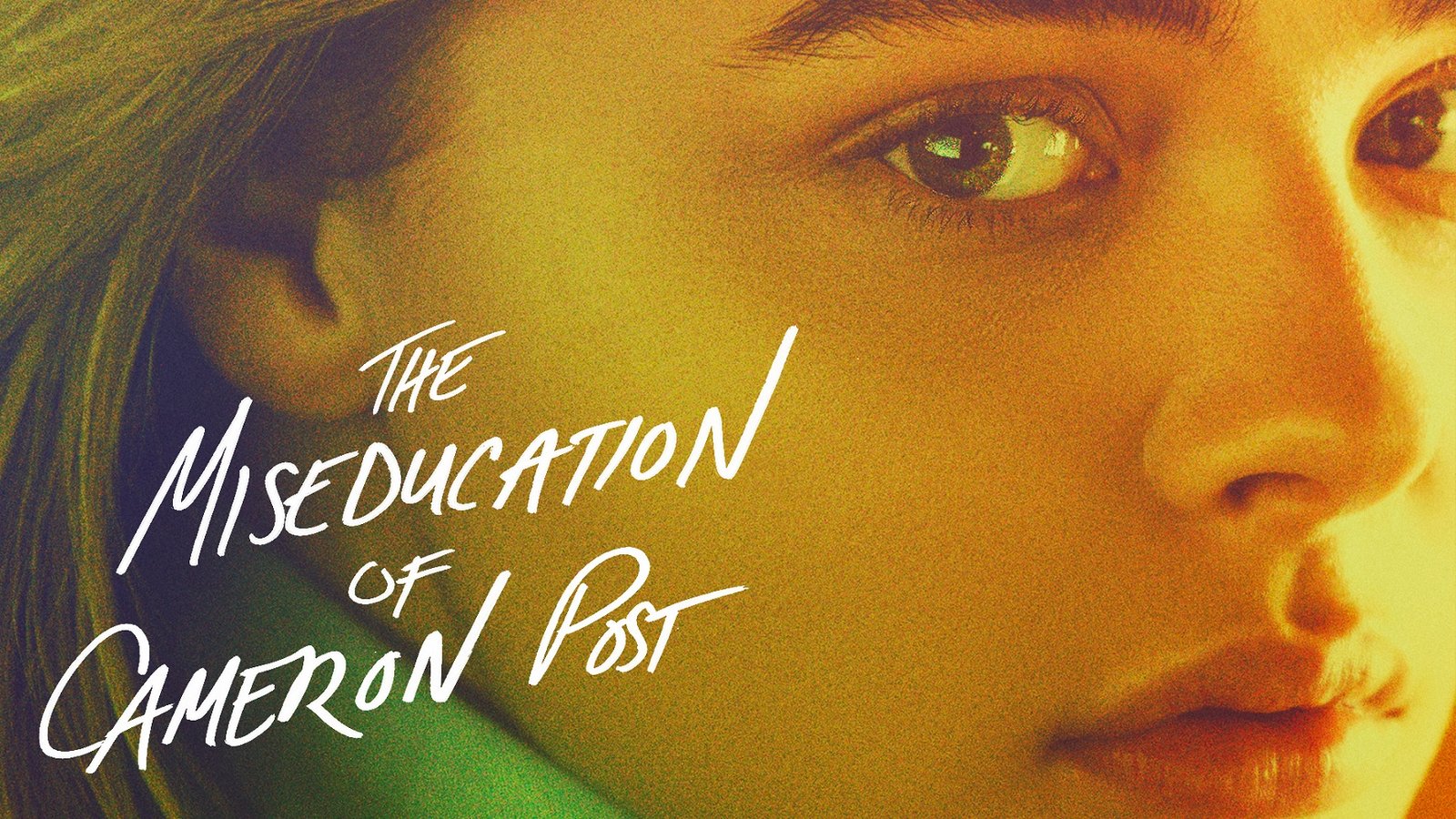 Based on the celebrated novel by Emily M. Danforth, The Miseducation of Cameron Post follows the titular character (Chloe Grace Moretz) as she is sent to a gay conversion therapy center after getting caught with another girl in the back seat of a car on prom night.

Winner of a Grand Jury Prize at the Sundance Film Festival. (Image and description from Kanopy) 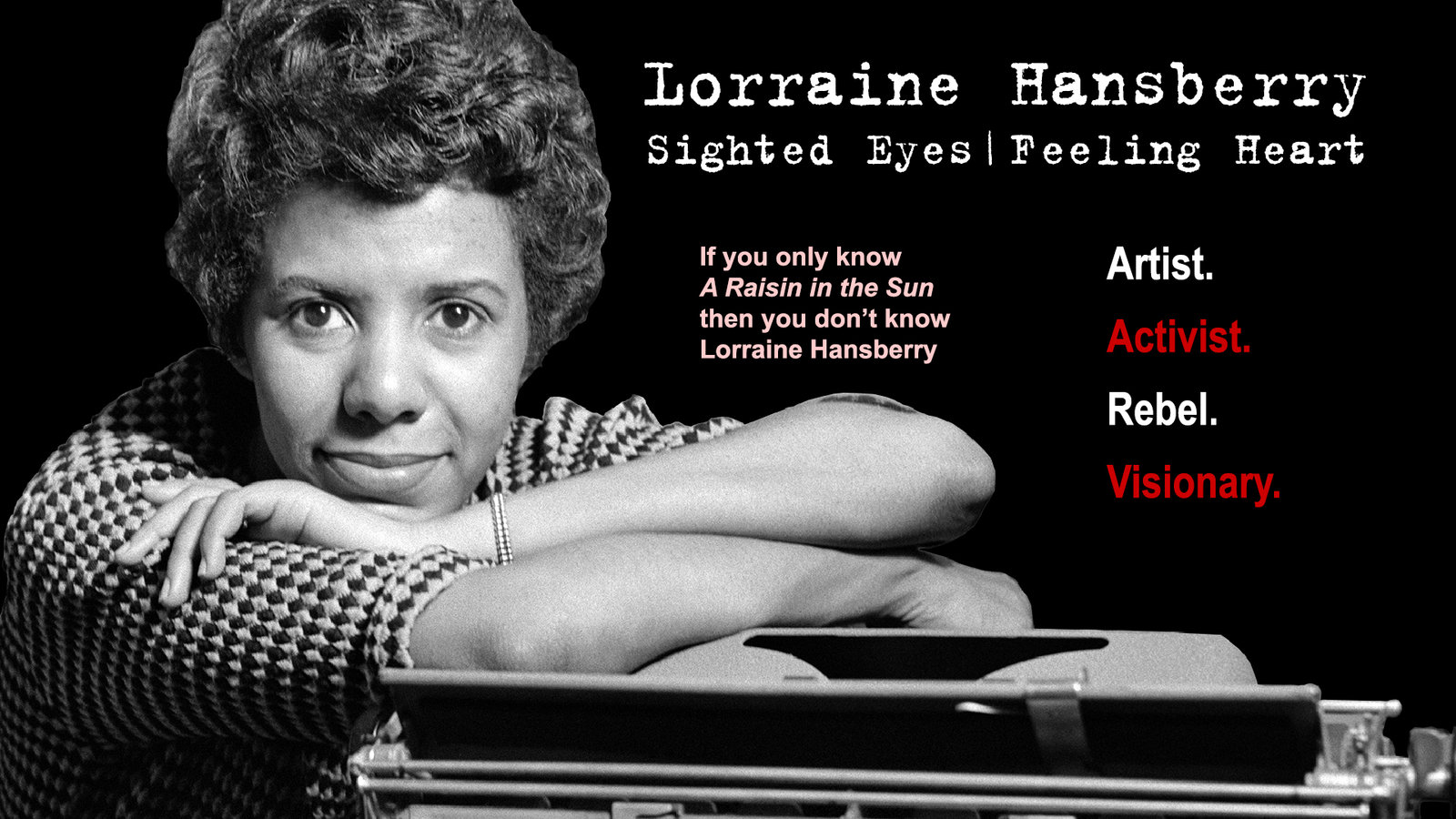 This documentary sheds valuable light on all aspects of Lorraine Hansberry's play, A Raisin in the Sun, including the daunting challenge of securing investment and a venue for this production about a working class Black family, the casting process, artistic debates and finally its public reception. (Image and description from Kanopy) 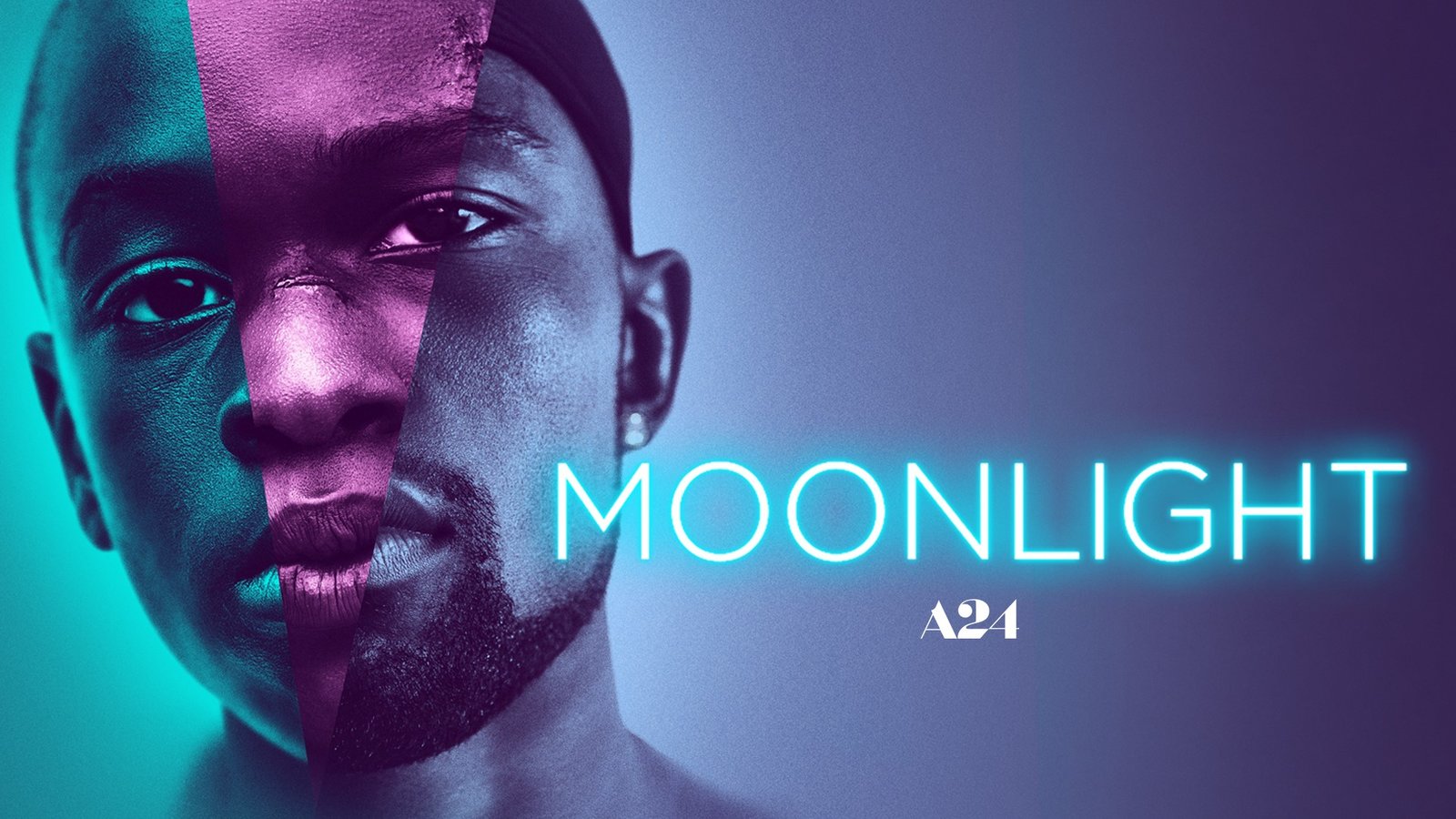 Oscar-winner for Best Picture, MOONLIGHT is a moving and transcendent look at three defining chapters in the life of Chiron, a young man growing up in Miami. His epic journey to adulthood, as a shy outsider dealing with difficult circumstances, is guided by support, empathy and love from the most unexpected places. (Image and description from Kanopy) 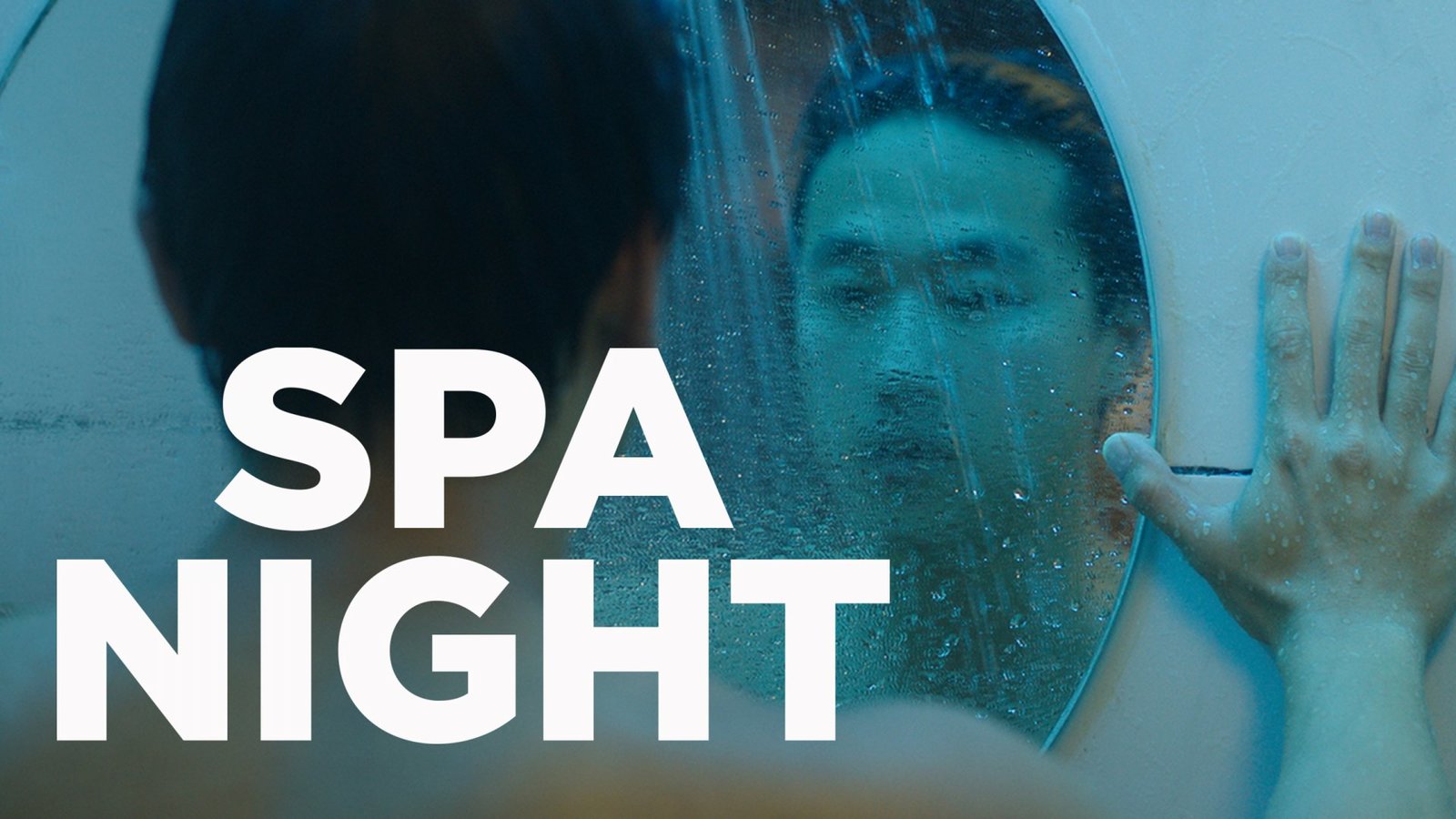 A portrait of forbidden sexual awakening set in the nocturnal world of spas and karaoke bars in Los Angeles' Koreatown.

Nominated for two prizes at Sundance Film Festival, Winner of the John Cassavetes Award at the Film Independent Spirit Awards.

"Writer-director Andrew Ahn has made a confident, assured, low-key debut that's a textbook example of how to make a compelling small-budget movie." - G. Allen Johnson, San Francisco Chronicle (Image and description from Kanopy) 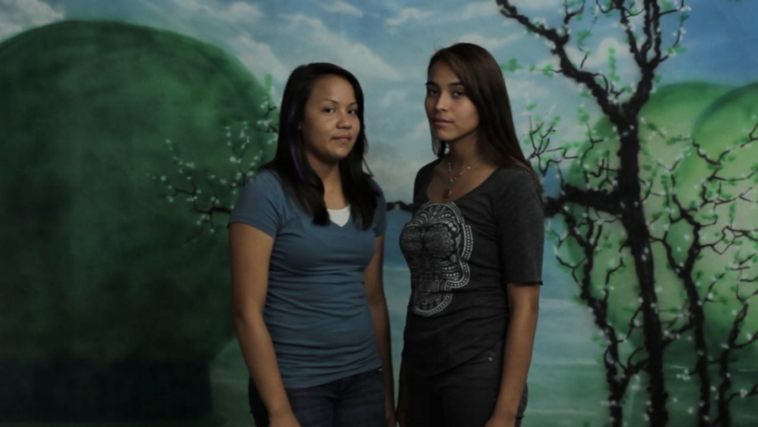 This exquisitely crafted coming of age tale follows a pair of Latina teens who fall gradually in love against the backdrop of Southeast Los Angeles. When straight A student Yolanda -- aka Mosquita (Fenessa Pineda) decides to help struggling tough girl Mari (Venecia Troncoso) with her homework an intense attraction evolves between the two. As their friendship grows, a yearning to explore their strange yet beautiful connection surfaces. Lost in their private world of unspoken affection, lingering gazes, and heart-felt confessions of uncertain futures, Yolanda's grades begin to slip while Mari's focus drifts away from her duties at a new job. Mounting pressures at home collide with their new-found desires thus driving Yolanda and Mari's relationship to the edge, forcing them to choose between their obligations to others and staying true to each other. (Image from Alamo Drafthouse and description from Kanopy) 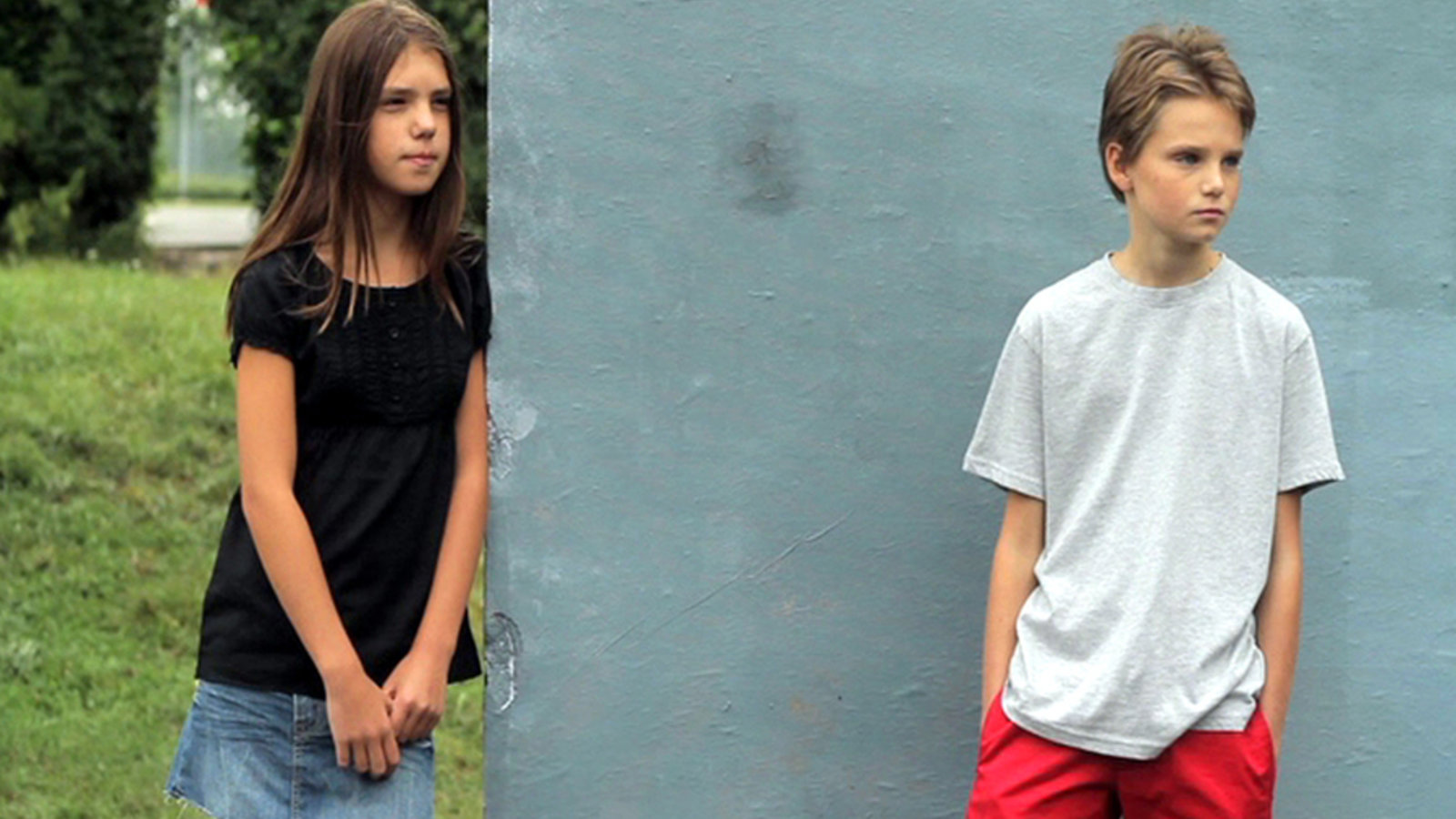 From out lesbian director Celine Sciamma (Water Lilies), Tomboy tells the story of 10-year-old Laure (played by the amazing Zoe Heran) who moves to the suburbs and decides to pass as a boy amongst the pack of neighborhood kids. As "Mikael" she catches the attention of leader of the pack Lisa, who becomes smitten with her. At home with her parents and younger sister Jeanne, she is Laure; while hanging out with her new pals and girlfriend, she is Mikael. Finding resourceful ways to hide her true self, Laure takes advantage of her new identity, as if the end of the summer would never reveal her unsettling secret. (Image and description from Kanopy)

We Were Here: The AIDS Years in San Francisco (2011) – Directed by David Weissman 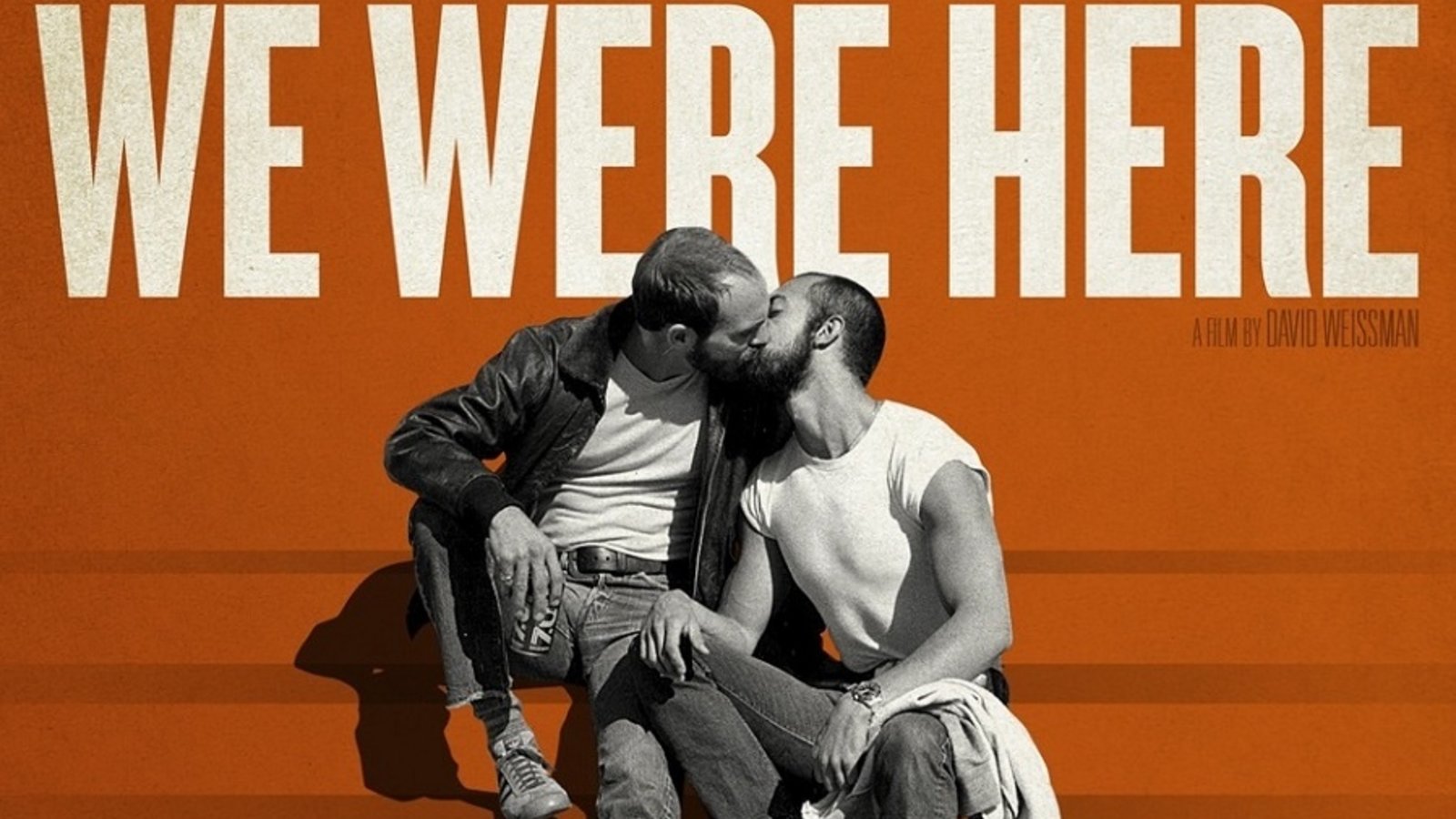 An intimate, yet epic history of the AIDS years in San Francisco, as told through the stories of five longtime San Franciscans. The film documents the coming of what was called the "Gay Plague" in the early 1980s. It illuminates the profound personal and community issues raised by the AIDS epidemic as well as the broad political and social upheavals it unleashed. WE WERE HERE offers a cathartic validation for the generation that suffered through, and responded to, the onset of AIDS. It opens a window of understanding to those who have only the vaguest notions of what transpired in those years and provides insight into what society could, and should, offer its citizens in the way of medical care, social services, and community support. (Image and description from Kanopy) 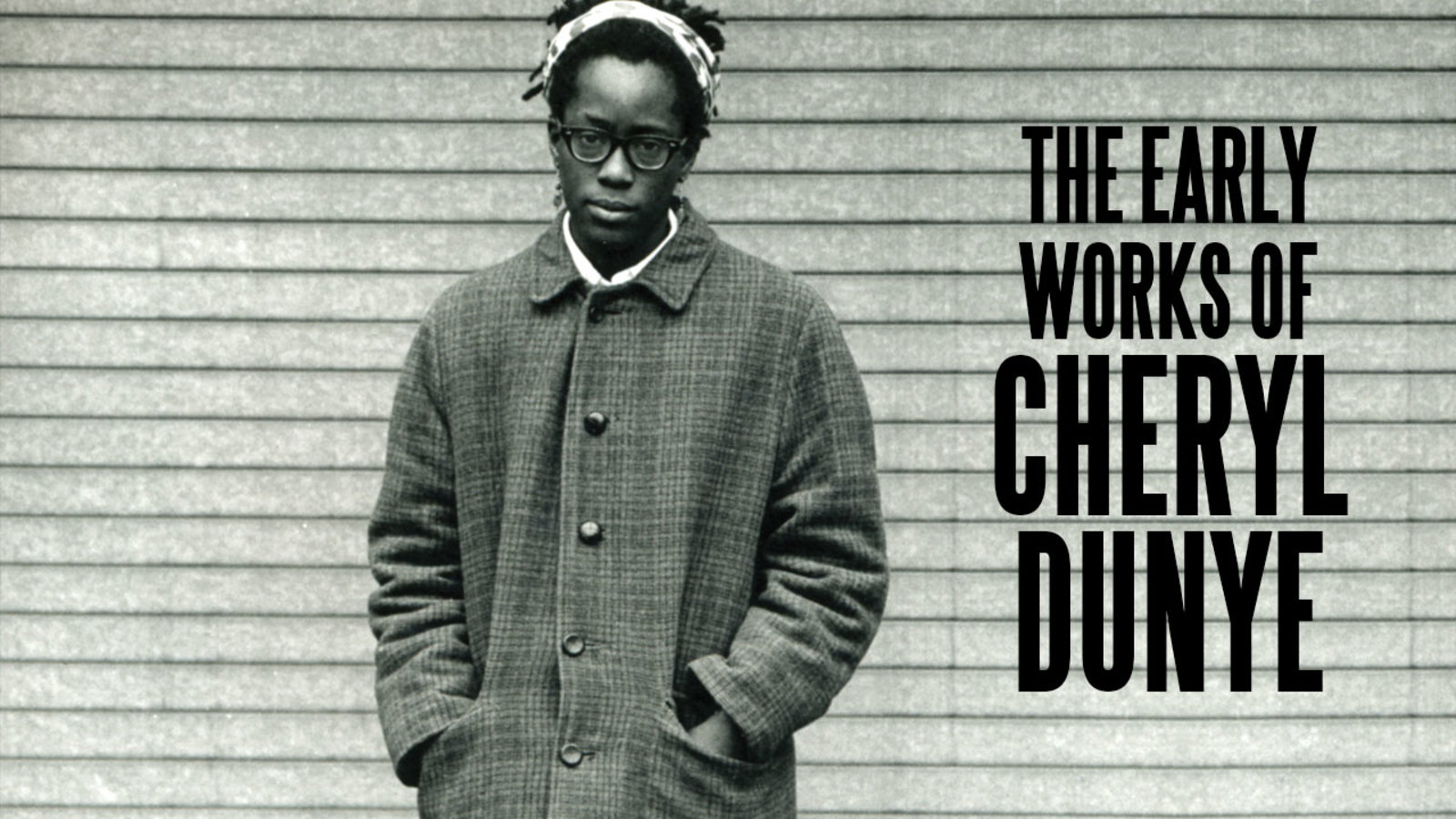 Vilified by conservatives in Congress, defended by major newspapers, and celebrated by audiences and festivals around the world as one of the most provocative, humorous and important filmmakers of our time, Cheryl Dunye practically invented a new form of cinema - call it the 'Dunyementary.'

Presented here are the films that started it all - the early works which gave birth to an extraordinary and original filmmaking talent. Made with great creativity on often miniscule budgets, they represent the first chapter of the Cheryl Dunye oeuvre. (Image and description from Kanopy) 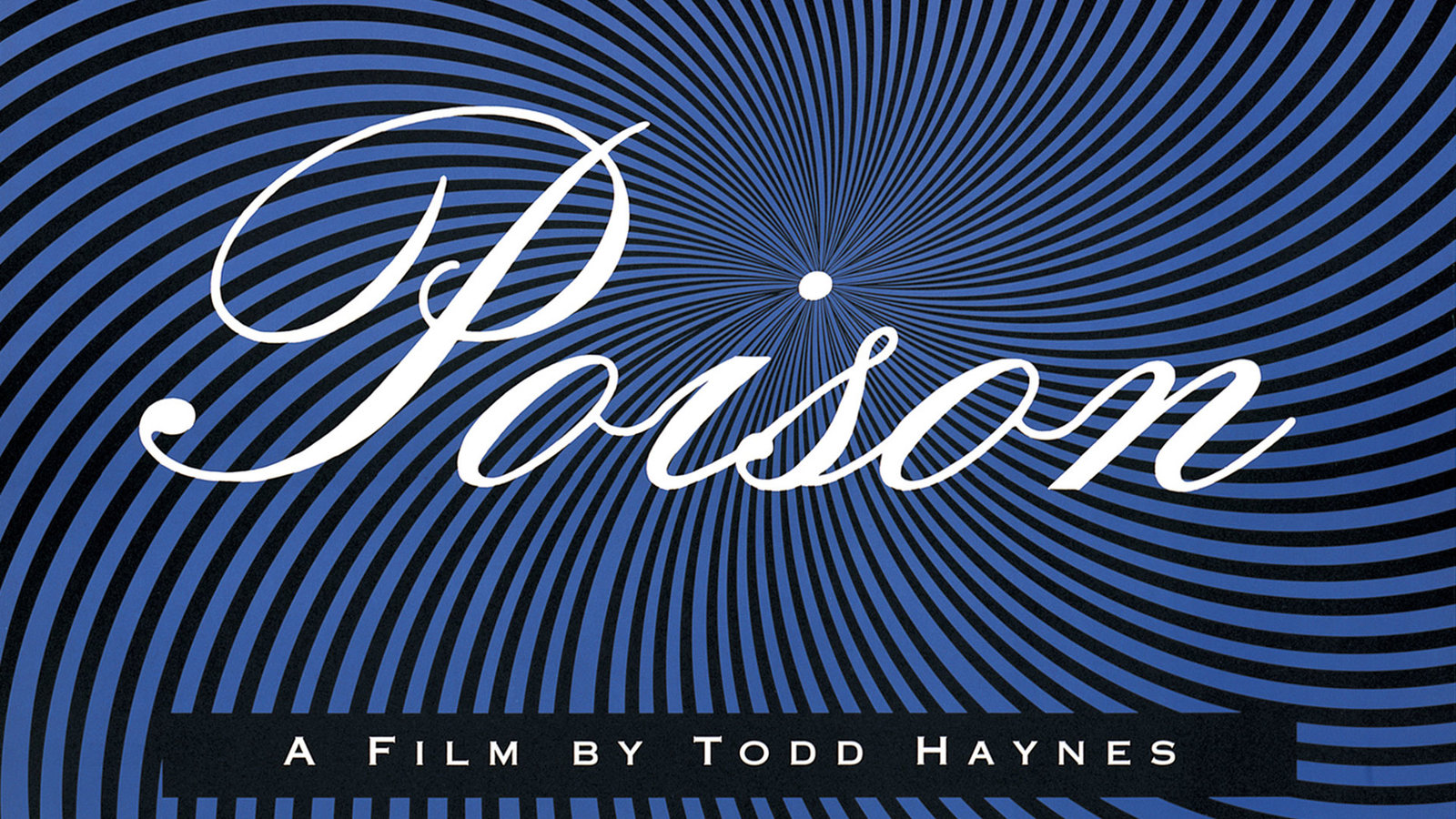 This groundbreaking American Indie was the most fervently debated film of the 1990s and a trailblazing landmark of queer cinema. A work of immense visual invention, Haynes' spectacular follow-up to his legendary "Superstar: The Karen Carpenter Story" is audacious, disturbing and thrillingly cinematic.

A runaway theatrical hit and Sundance Film Festival Grand Jury Prize winner, which made national headlines and the network news when it was attacked by right-wing minister Donald Wildmon, POISON is unsettling, unforgettable and thoroughly entertaining. (Image and description from Kanopy) 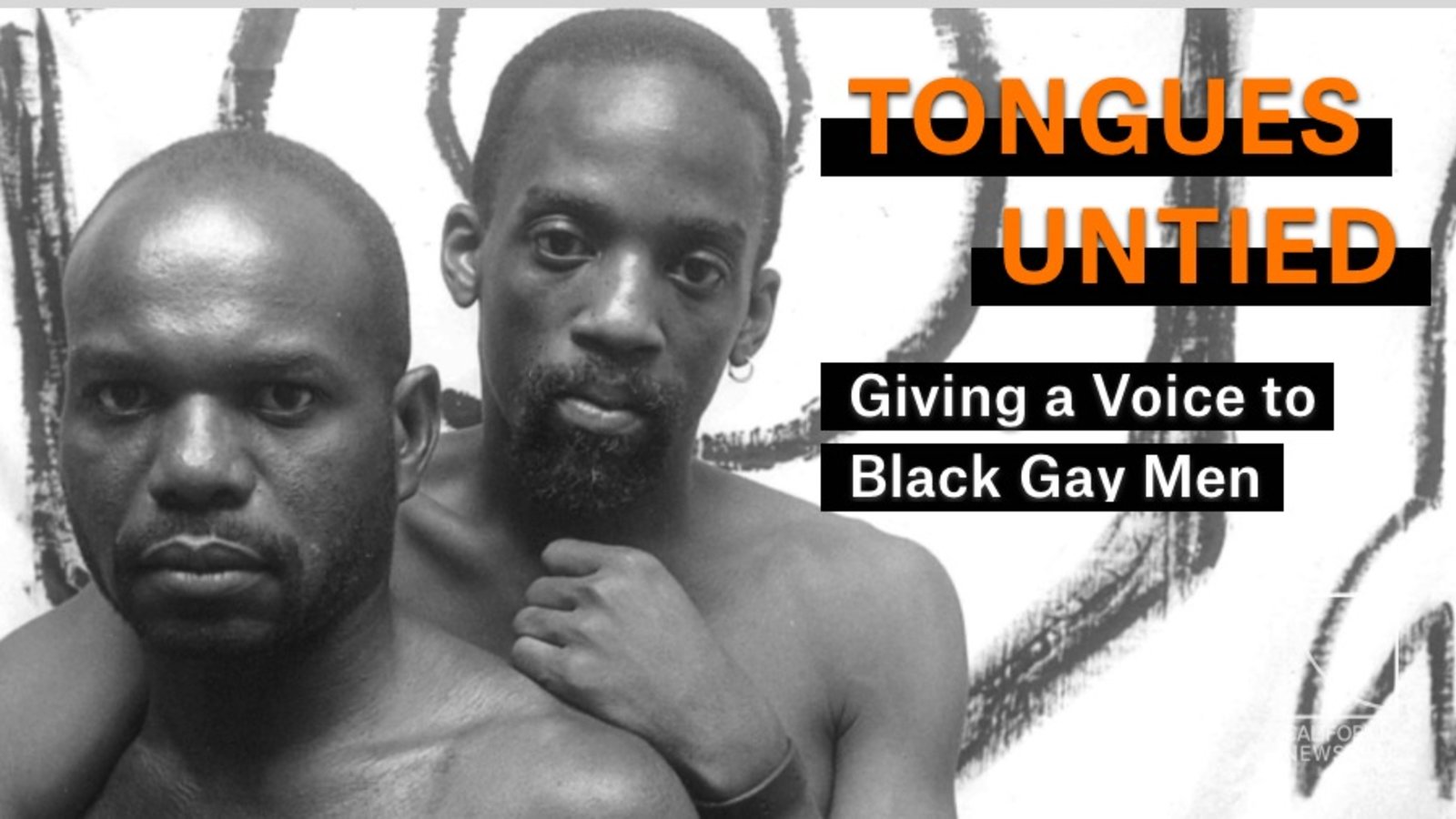 Marlon Riggs' essay film TONGUES UNTIED gives voice to communities of black gay men, presenting their cultures and perspectives on the world as they confront racism, homophobia, and marginalization. It broke new artistic ground by mixing poetry, music, performance and Riggs' autobiographical revelations. The film was embraced by black gay audiences for its authentic representation of style, and culture, as well its fierce response to oppression. It opened up opportunities for dialogue among and across communities. (Image and description from Kanopy) 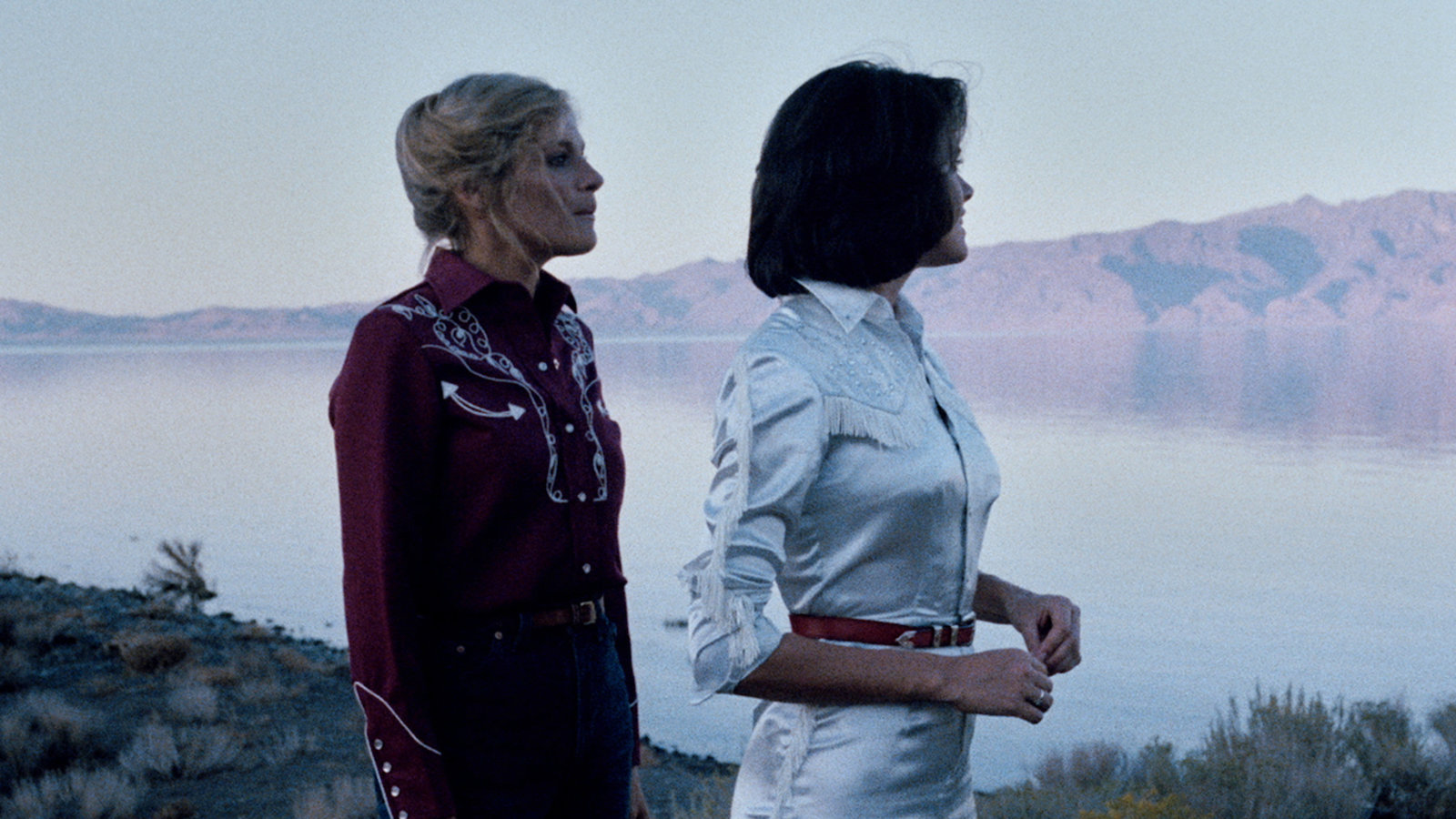 Donna Deitch's swooning and sensual first narrative feature, DESERT HEARTS, was groundbreaking upon its release in 1985: a love story about two women, made entirely independently, on a shoestring budget, by a woman.

In this 1959-set film, adapted from a beloved novel by Jane Rule, straitlaced East Coast professor Vivian Bell arrives in Reno to file for divorce but winds up catching the eye of someone new, the free-spirited young Cay, touching off a slow seduction that unfolds against a breathtaking desert landscape. (Image and description from Kanopy)

The Times of Harvey Milk (1984) – Directed by Rob Epstein 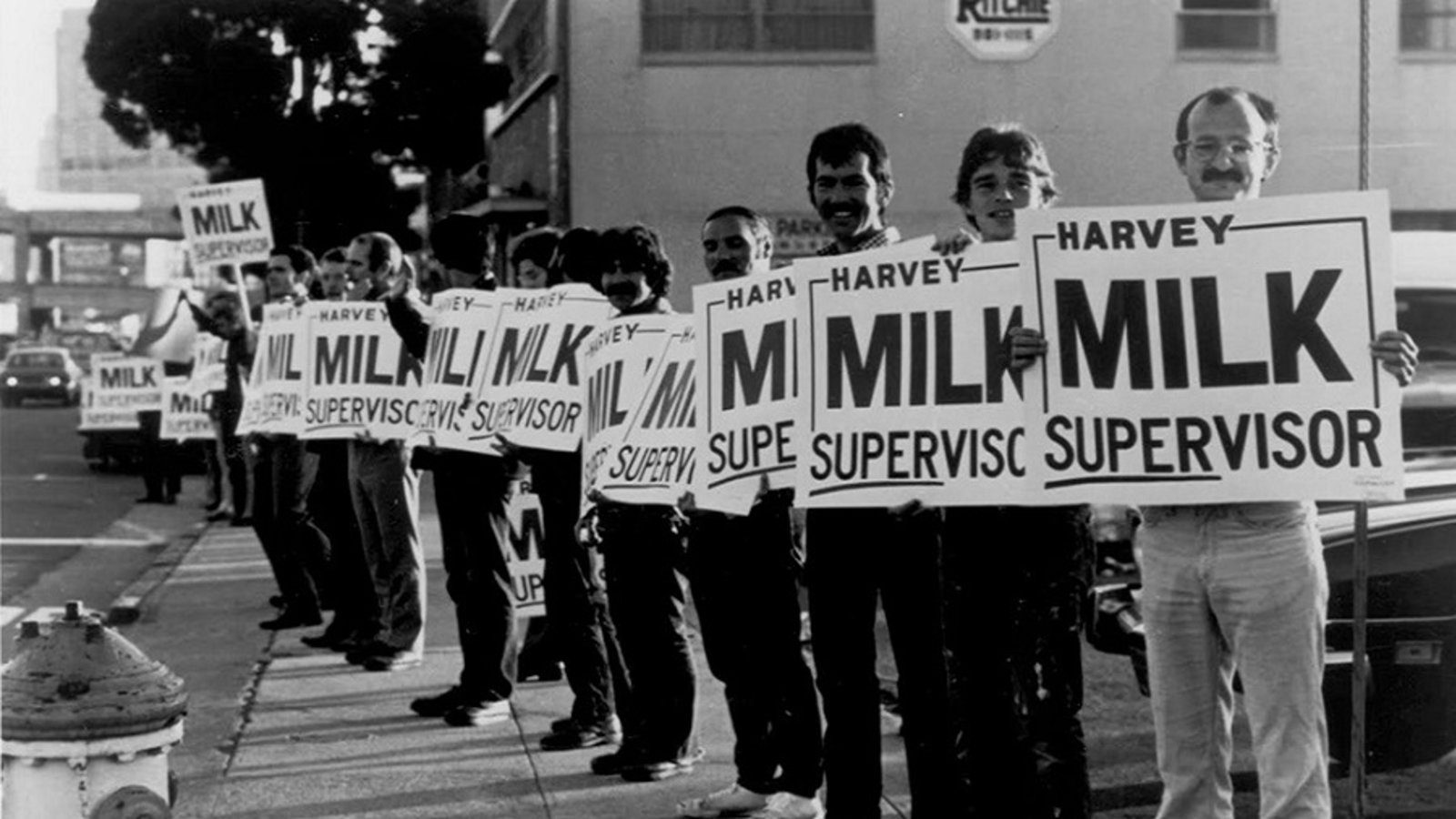 A true twentieth-century trailblazer, Harvey Milk was an outspoken human rights activist and one of the first openly gay U.S. politicians elected to public office; even after his assassination in 1978, he continues to inspire disenfranchised people around the world.

The Academy Award-winning THE TIMES OF HARVEY MILK, directed by Robert Epstein and produced by Richard Schmiechen, was as groundbreaking as its subject. One of the first feature documentaries to address gay life in America, it's a work of advocacy itself, bringing Milk's message of hope and equality to a wider audience. (Image and description from Kanopy) 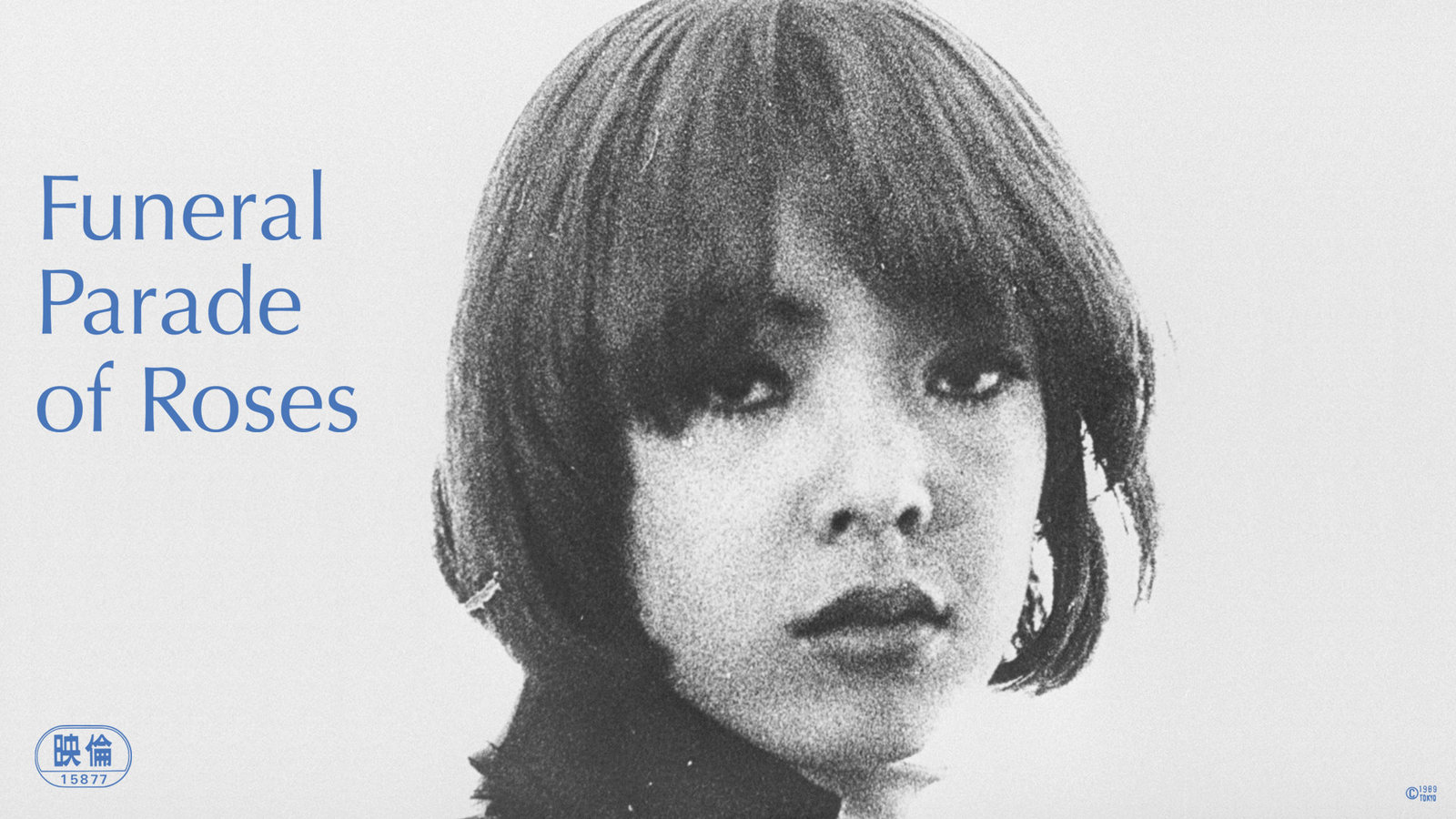 Director Toshio Matsumoto's shattering, kaleidoscopic masterpiece is one of the most subversive and intoxicating films of the late 1960s: a headlong dive into a dazzling, unseen Tokyo night-world of drag queen bars and fabulous divas, fueled by booze, drugs, fuzz guitars, performance art and black mascara. No less than Stanley Kubrick cited the film as a direct influence on his own dystopian classic A Clockwork Orange. 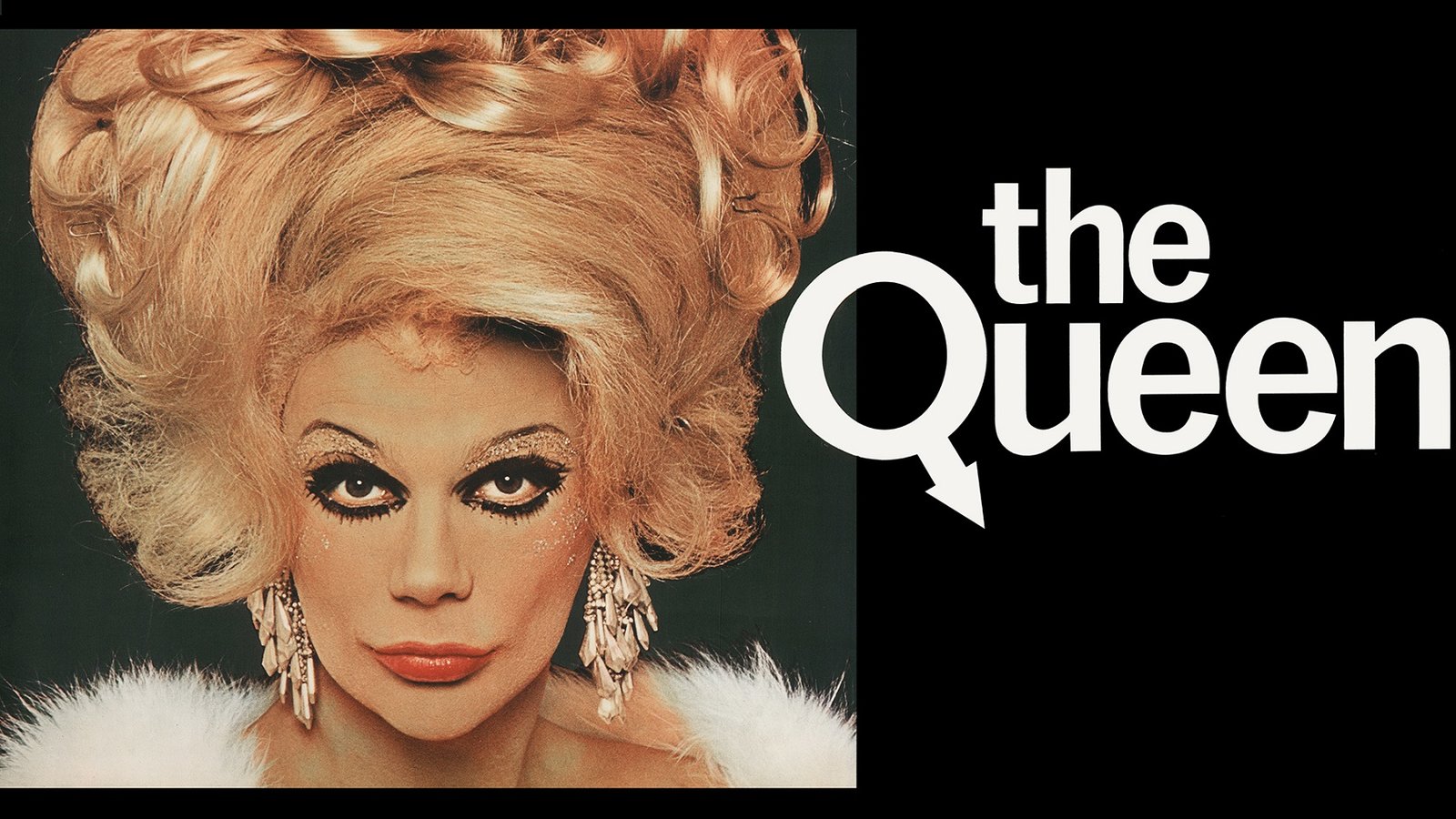 More than 40 years before RuPaul's Drag Race, this ground-breaking documentary about the 1967 Miss All-American Camp Beauty Pageant introduced audiences to the world of competitive drag. The film takes us backstage to kiki with the contestants as they rehearse, throw shade, and transform into their drag personas in the lead-up to the big event.

Organized by LGBTQ icon and activist Flawless Sabrina, the competition boasted a star-studded panel of judges including Andy Warhol, Larry Rivers, and Terry Southern...But perhaps most memorable is an epic diatribe calling out the pageant's bias delivered by Crystal LaBeija, who would go on to form the influential House of LaBeija, heavily featured in Paris Is Burning (1990). (Image and description from Kanopy)