Chicana/o/x, Latina/o/x, and Hispanic are not the same 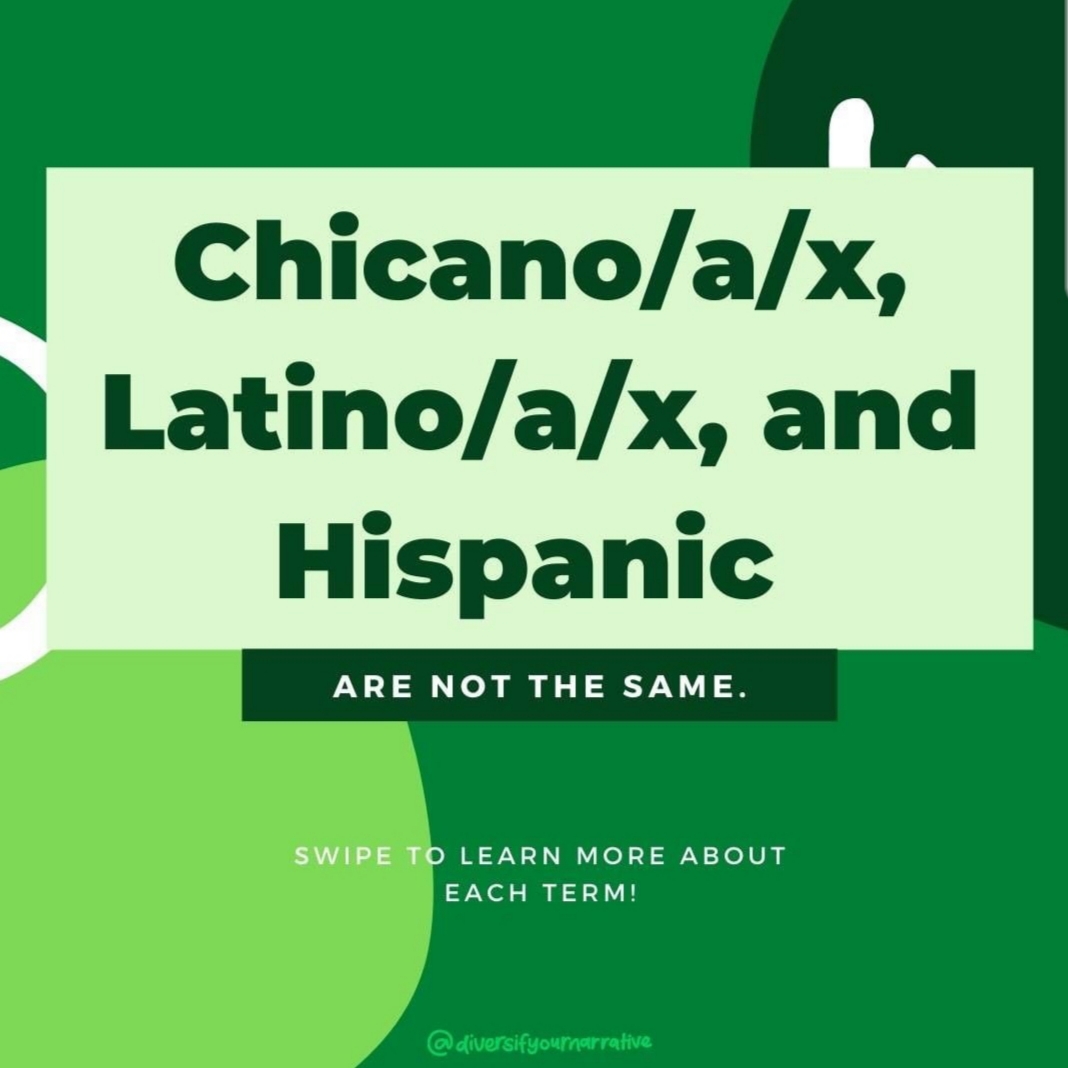 Chicana/o/x, Latina/o/x, and Hispanic are not the same. Swipe to learn more about each term! 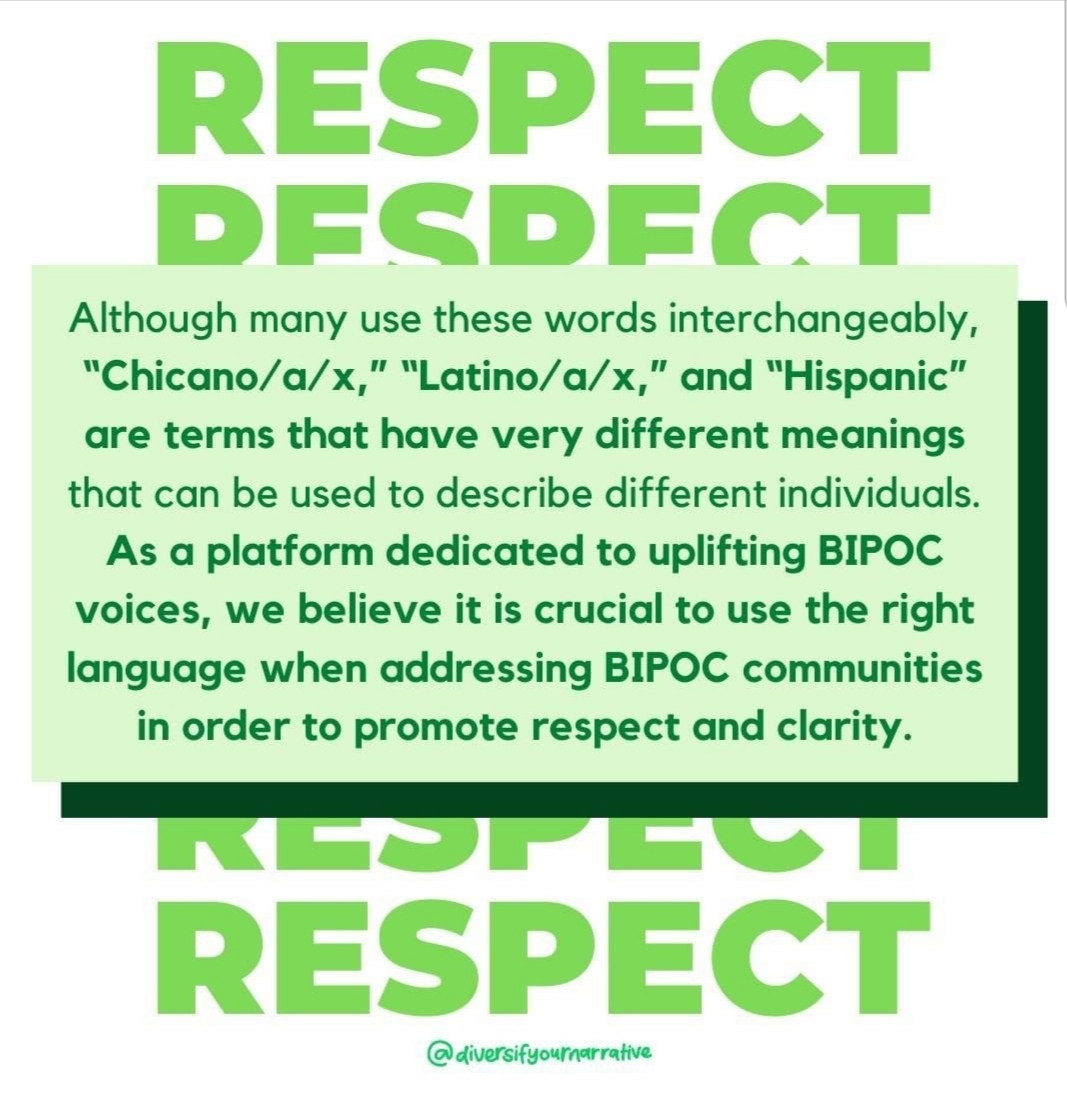 Although many use these words interchangeably, "Chicana/o/x", "Latina/o/x", and "Hispanic" are terms that have very different meanings that can be used to describe different individuals. As a platform dedicated to uplifting BIPOC communities in order to promote respect and clarity. 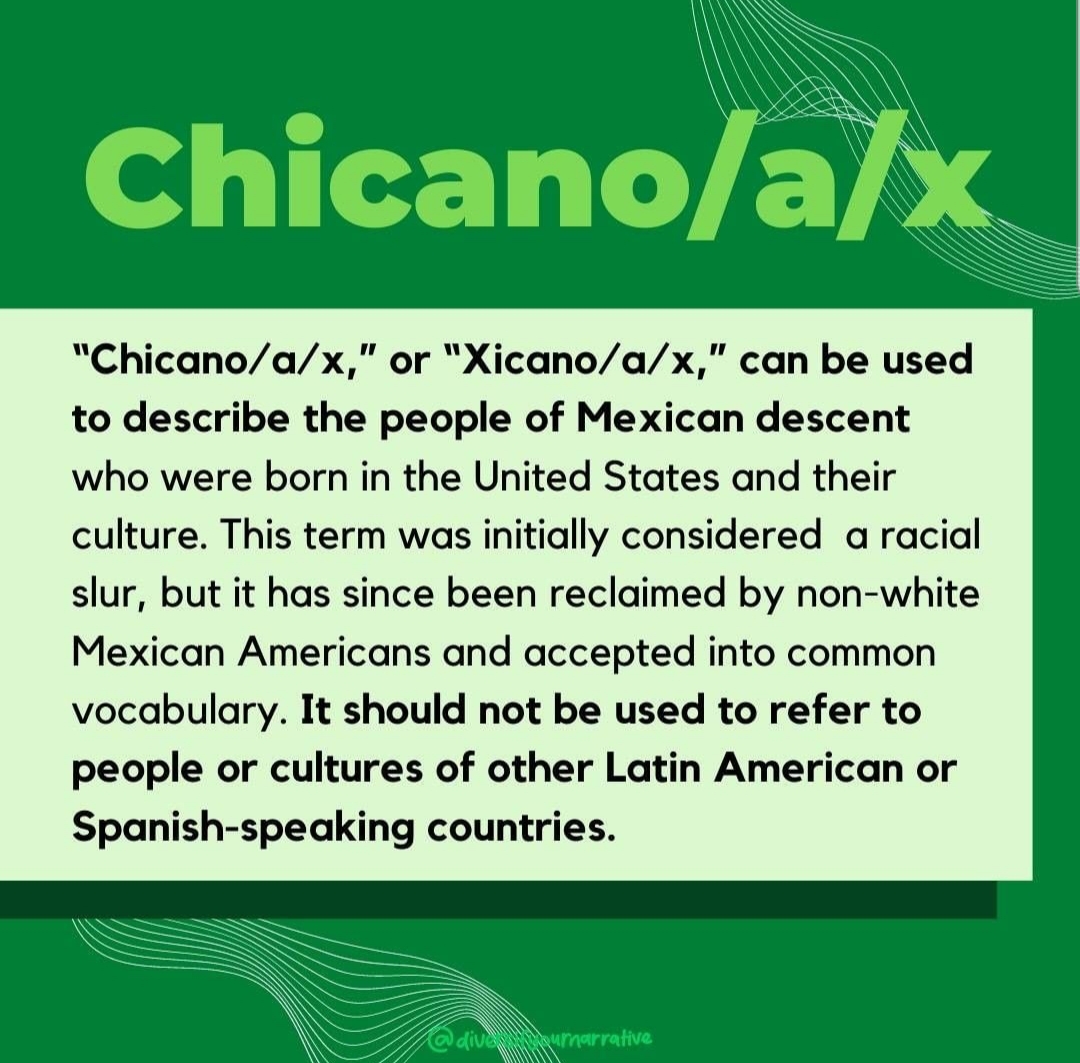 "Chicana/o/x", or "Xicana/o/x", can be used to describe the people of Mexican descent who were born in the United States and their culture. This term was initially considered a racial slur, but it has since been reclaimed by non-white Mexican Americans and accepted into common vocabulary. It should not be used to refer to people or cultures of other Latin American or Spanish-speaking countries. 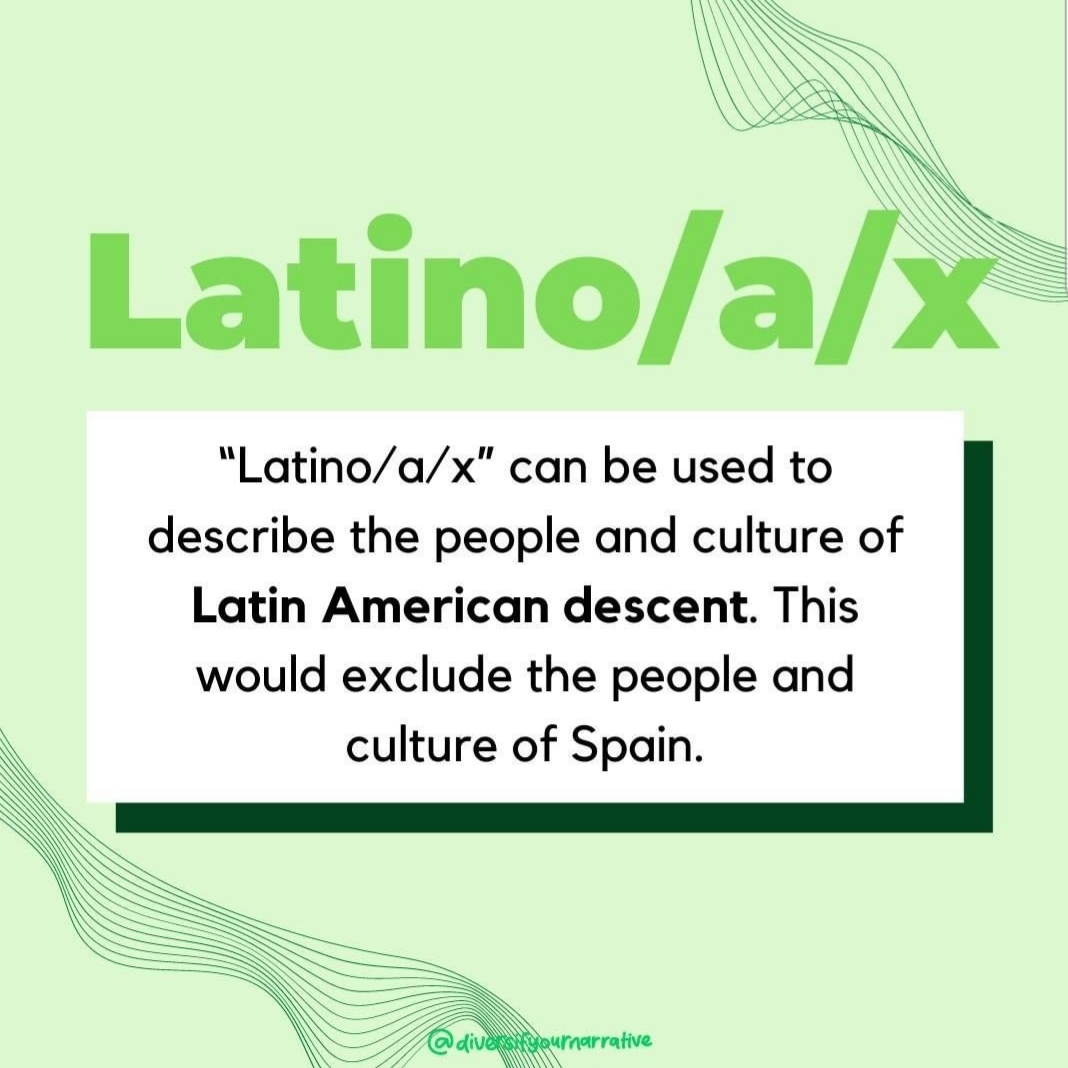 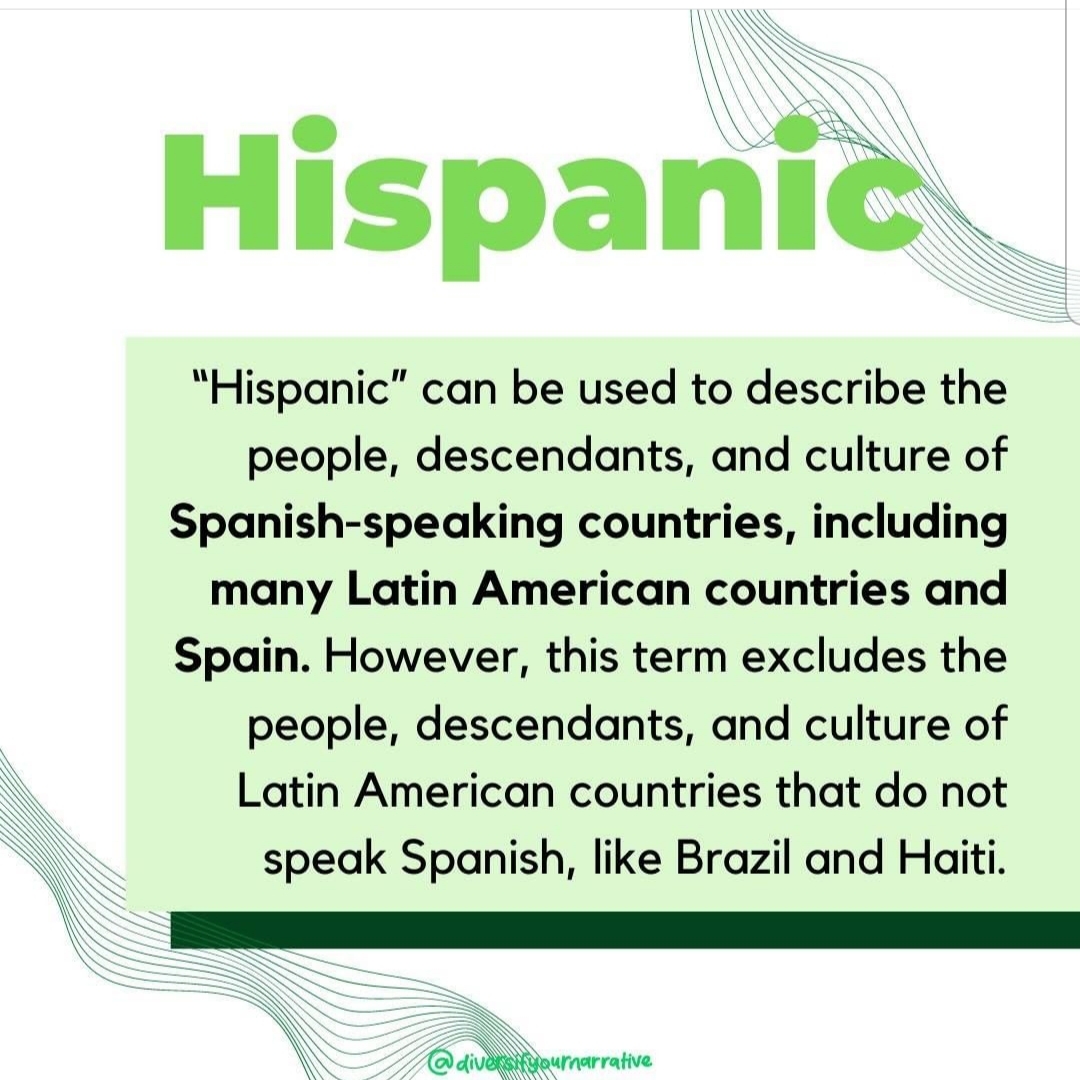 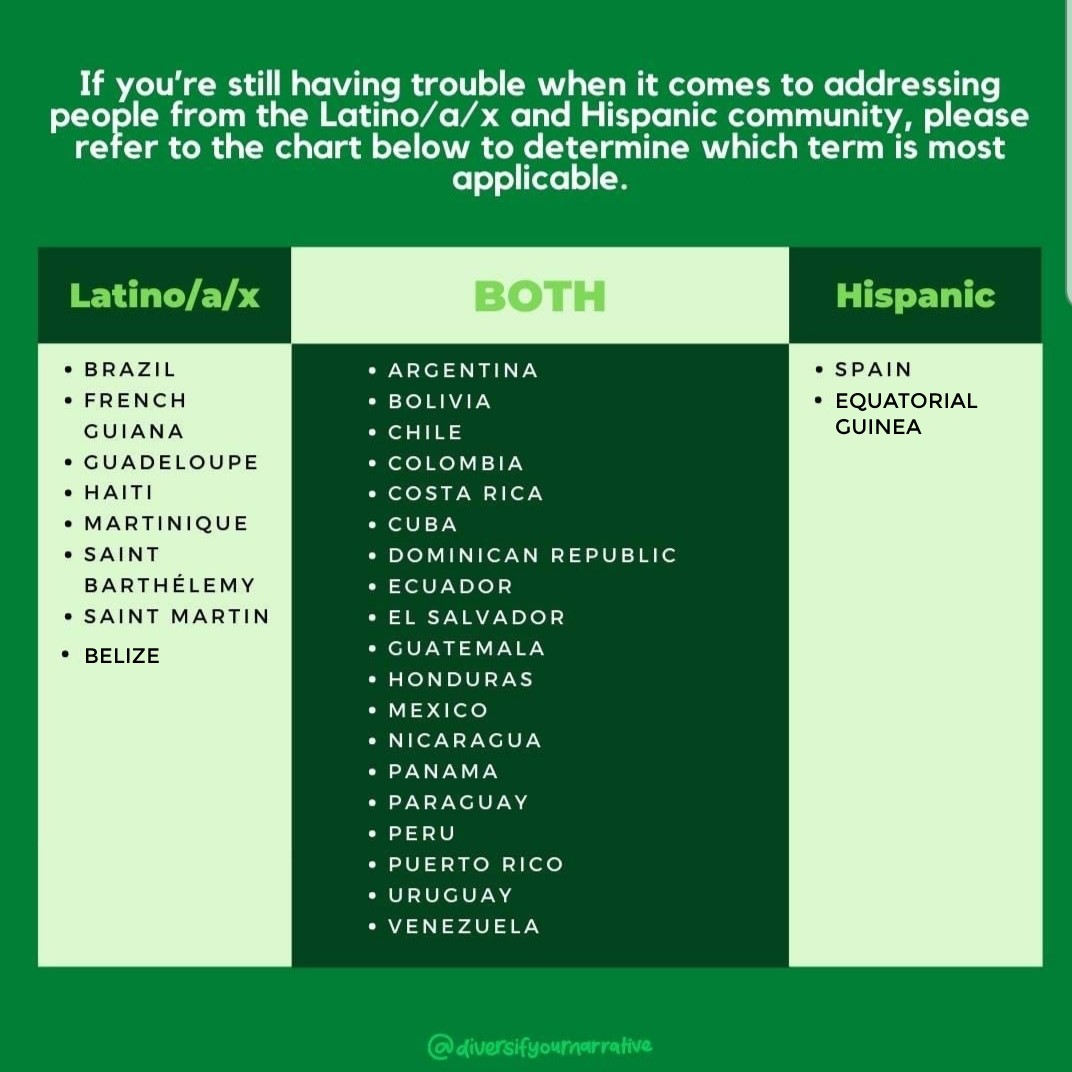 If you're still having trouble when it comes to addressing people from the Latino/a/x and Hispanic community, please refer to the chart below to determine which term is most applicable.

Although we recognize that “Latino” has been able to center the experiences of many communities – it also excludes non-binary people. We use the alternative term “Latinx” to go beyond gender and establish inclusivity in our language.

About One-in-Four U.S. Hispanics Have Heard of Latinx, but Just 3% Use It - Young Hispanic women among the most likely to use the term (PDF)