The history of Cal Poly Pomona reflects our nation’s evolution from a largely rural, agricultural society to one that is largely urbanized, diverse, and global. 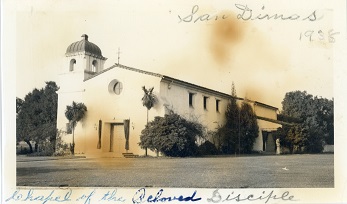 The school that would eventually become Cal Poly Pomona was established in 1938 at the former site of the Voorhis School for Boys in San Dimas, California. Nash Motor Company executive Charles Voorhis founded the original Voorhis School for Boys in 1927 with the mission of housing and educating underprivileged boys. His son, H. Jerry Voorhis, served as headmaster of the school from 1928 to 1938, when he was elected to Congress. In 1938, Charles Voorhis donated the campus to the state of California with the understanding that it would serve as the southern branch of the California Polytechnic School (known today as California Polytechnic State University, San Luis Obispo). The Voorhis Unit, as the site became known, operated as an agriculture satellite campus of Cal Poly San Luis Obispo for the next 18 years. The University Archives includes materials from Voorhis alumni and sheds light on this lesser-known part of California history. 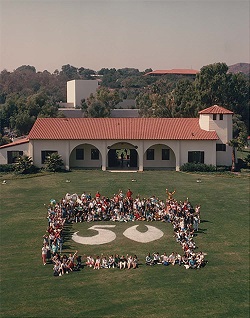 In the 1920s, cereal mogul W.K. Kellogg built his winter ranch home and began breeding Arabian horses on the site that would eventually become the University in Pomona, California. As much as Mr. Kellogg loved his Arabians, his true passion was philanthropy. In 1932, he donated his property and horses to the state of California. The Ranch served as an Army Remount Depot during World War II and was eventually converted into the Kellogg Unit of Cal Poly San Luis Obispo in 1949. The breeding program continues to this day and is used to support instruction of students in the College of Agriculture.

With the Voorhis Unit in San Dimas growing to near capacity, plans were made to move all instruction to the Kellogg campus in Pomona, a move that was completed in 1956 and led to the site’s renaming as the Kellogg-Voorhis campus. The campus flourished in the next decades, admitting its first female students in 1961 and eventually separating from Cal Poly San Luis Obispo in 1966 to become the 16th campus to join the California State College System. The school changed its name to California State Polytechnic College, Kellogg-Voorhis to emphasize its connection to the CSC system and, having grown large enough to be granted university status, adopted its final name, California State Polytechnic University, Pomona, in 1972.

1932 – Kellogg donates the ranch and horses to the University of California. It operates as the W.K. Kellogg Institute of Animal Husbandry.

1938—The Voorhis family decides to close the Voorhis School for Boys and donates the campus to the California State Polytechnic School in San Luis Obispo. The campus operates as the southern satellite of Cal Poly and is known as the California State Polytechnic School, Voorhis Unit.  It was a two-year all-male agricultural college with 80 students and 5 faculty members. Students are expected to spend their senior year at the San Luis Obispo campus.

1943 (October)—The Kellogg Ranch is transferred from the University of California to the United States Army and operates as the Pomona Quartermaster Depot (Remount) to breed horses for the cavalry.

1946—The Voorhis Unit reopens with an enrollment of 270 students.

1949 (January 1)—The first Cal Poly float is entered in the Tournament of Roses Parade and wins the Award of Merit.

1949 (July 2)—The California Legislature passes Assembly Concurrent Resolution No. 100 to transfer the Ranch from the Kellogg Foundation to Cal Poly.

1956—The college outgrows the smaller Voorhis Unit campus and all instruction is moved to the Kellogg Unit. The name of the college is changed to California State Polytechnic College, Kellogg-Voorhis. There are 550 students and 30 faculty members.

1957—Pomona students no longer have to go to San Luis Obispo for their senior year and graduation. The first Pomona commencement ceremony takes place in the Rose Garden.

1967—Dr. Robert C. Kramer is inaugurated as president of the college.